Webinar “Made in France et ailleurs” 8 (In English) 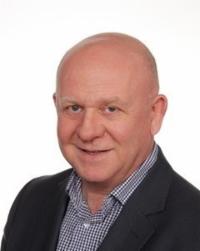 We are happy to welcome Michael Gates on the date previously programmed with Ida Castiglioni. Ida will join us in June to close the first year of the series.

COVID-19 has spawned much analysis as to how different countries have approached the crisis. For instance, Fons Trompenaars has looked at dilemmas and solutions through the prism of his own model (SIETAR France Oct 2020 Trompenaars/Dumetz webinar recording: https://www.youtube.com/watch?v=r3m5uw4hlWs&feature=youtu.be).

Michele Gelfand – in her book ‘Rule-Makers, Rule-Breakers’ – explored tight versus loose cultures and has found that ‘loose cultures’ have suffered around 8X the number of deaths as ‘tight cultures’.

In this interactive session, we will look at some of the major differing national approaches, and to what extent culture might explain them. More importantly – given that disease has historically had a large influence on how culture develops – what effects is COVID-19 going to have in transforming both national and global cultures in the future? Some aspects we may consider are: Will it provoke a move towards more authoritarian, less democratic government? Will it further erode trust in the state and accelerate the drift from fiat to crypto currencies? Will it stall or reverse the progress of political and economic unions? How will it change the culture of work in the long-term? Will it speed up the demise of Western values as the global norm, and make us all less individual and more collective? Or will we learn to be more adaptive and ‘tighten up’ when needed, then ‘loosen’ when the threat is over, unleashing the creativity and innovation which that fosters?

For cross-culturalists – will we have to revise our models of culture?

Michael Gates is owner and Managing Director of the Michael Gates CrossCulture consultancy, and an Associate Fellow of the Said Business School, University of Oxford. He is originally from North West England, but has lived in Finland for more than 30 years, He is an internationally recognised educator and writer on cross-cultural management, negotiation, leadership, and multicultural teams, and is a regular speaker at corporate and government events.

Michael has provided cross-cultural training in more than 40 countries to organisations such as Nokia, the World Bank, the UN, Microsoft, Rolls-Royce, Statoil, the European Commission, Eurojust, Takeda, ByteDance (Tik Tok), King (Candy Crush) and the Finnish and Swedish governments (as part of their preparations for the EU Presidency). Prior to founding his own company last year, Michael was Vice Chairman of Richard Lewis Communications for 30 years where he led multinational teams in Finland, Sweden, and the UK. In 1997, Michael came up with the concept for the world’s first online cross-cultural assessment and cultural data resource, CultureActive, which currently has a database of 100,000+ users.

He has published articles on cross-cultural matters in numerous newspapers, magazines and websites including the Daily Telegraph, La Tribune, People Management, the HR Director and Oxford Answers, as well as contributed chapters to books published in the UK, Finland, Denmark, and India.

After registering, you will receive a link for the webinar.